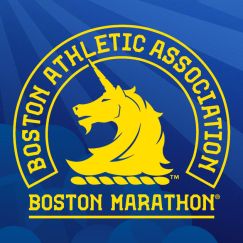 The Boston Marathon, probably the most popular and biggest marathon in the world. It’s one of the 6 world majors. Boston is unique because you have to qualify for this race. And just because you qualify does not always mean you will get in. Most of the other world majors have a lottery system to enter. The reason why I’m choosing to write this blog is to talk about how difficult it is for me to get to the starting line for the Boston Marathon. For most people it’s a dream of theirs to meet the time standard to compete. For me, qualifing is not hard. What is hard is getting to the starting line healthy and actually competeing. This is the second time that I have signed up to attack this course. The first time was back in 2016 when I was in the best shape of my life. I was coming off a PR in my half and my full marathons. All my workouts were coming together. So, I decided to try my luck at Boston. Why? “Because it’s Boston!”

So, after dropping a lot of dough I was ready to GO to line up toe to toe to get dat medal yo. Don’t hate on my rapping skillz and flow.  With about a month to go from race day I had a really great workout with my training partner Jesse Davis. We did 6 x a mile off 3 min all around 5 flat or under on the roads. I had to pull up on number 5 due to a slight sting in my calf. I thought nothing of it and thought it was just a minor thing. Then the next day I was on an easy recovery run with Jesse on the Monon and around the 6 mile mark I felt a more intense sting in my calf. Lucky for me I was near the Monon Center so I went in and called my wife to come pick me up at 6 am in the morning on a Saturday. ” She was so thrilled to drive 30 minutes away to pick my ass up that early just so you know.  Well that sting ended up being a grade 1 calf tear. I tried everything from cross training to massage therapy to drinking Tart Cherry juice to needling. I even tried this thing called the Dolphin that’s very similar to needling just not as painful. You name it I did it. Why? “Because it’s Boston!”

Needless to say I did not make it. I did go to Boston since I had the hotel and plane tickets. We just did other things while I was there, site seeing but most of what I did  involved eating lobster rolls. Why? “Because it’s Boston!” ‘

It was a hard pill to swallow. But I vowed to come back. Why? “Because it’s Boston!”

Well here we are again, round two for the 2018 Boston Marathon. Training started off good again. In February, right after Polar Bear 5 I had a great workout with Jesse again and things were finally coming together. I had a number of solid 20-22 mile long runs and averaged between 80-90 miles a week.  I was feeling strong. Then, what do you know “BAM.” I had an ITBS flair oh, AGAIN with Jesse. (I probably need to stop hanging out with that Jesse kid)  That only put me out two and half weeks thanks to Terry with SPORTZbizz Massage and my coach, Matt Ebersole with Personal Best Training.  Oh, and lots of epson salt baths. (Highly recommend that one) Typically that injury can be a deal breaker. I was back on track feeling confident still with just a minor set back. Then a week later out of no where “BAM,” I had a major back strain. My first reaction was well “Mother “$%#$@!”. I felt like Rocky fighting Ivan Drago. This guy keeps knocking me down. 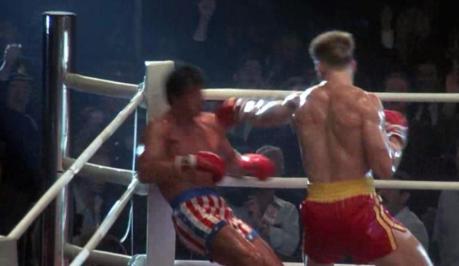 My coach did tell me, “Blake, You know Rocky wins that fight right?”  It was so bad that when I pulled it, it literally took me almost 2 hours to walk back to my car at Eagle Creek only two miles away. That day for the record it was snowing and really really cold on my walk back. To make matters worse, all I had on was a long sleeve 361 technical shirt and thin gloves with some half tights. I mean it was warm while I was running. 😦  Then I manage to some how shower and get to work. So in other words ‘THIS FREAKING SUCKS ASS” or to quote Adrienne Balboa ” You can’t win Rocky.”   The Boston Gods really must hate me. So hear I am.  A month later with no workouts completed and hardly no running. I have t-minus two weeks to the race. And as I’m sitting here typing this I’m still not 100 percent. I’m better and I can at least run, but my back is still giving me some issues. I have lost a lot of my fitness at this point. A lot of things are going through my head. Frustration, disappointment, embarrassment, even somewhat depression. I had to miss out on running the Carmel Half Marathon which was going to be a good tune up for me. My first reaction is to give up and not run this race AGAIN.  Luckily, I have a good supporting Wife and Coach. My Wife, who actually told me to write this blog, it was her idea. She said if anything write it for yourself to help you cope. I told her I was against this because it will come across as and excuse, giving up and throwing in the towel.

Her response was, “Blake, who cares.” If the blog helps then do it and run the race if you’re able, because “IT’S BOSTON!” People dream of running Boston and would run with a broken leg if they had to. Run because “It’s Boston!” You have spent your money, taken time off work. You have even trained hard for this. Whether the work will show or not you still need to run if able. “Because it’s Boston!” She is right. Running a PR is out, but how many people really PR at Boston anyway. It typically does not happen. You never know what the future will hold and if I can line up and race then thats what I need to do. I may not ever get a chance again. So the plan moving forward is for me to get to the starting line healthy and pain free first. Then, run this race and do the best I can do on that day with what I have. Cross the finish line, get my medal and jacket, and live to fight another day.  Why? Because…. “Its Boston!!!!!!!!”

View all posts by roadrunner1514